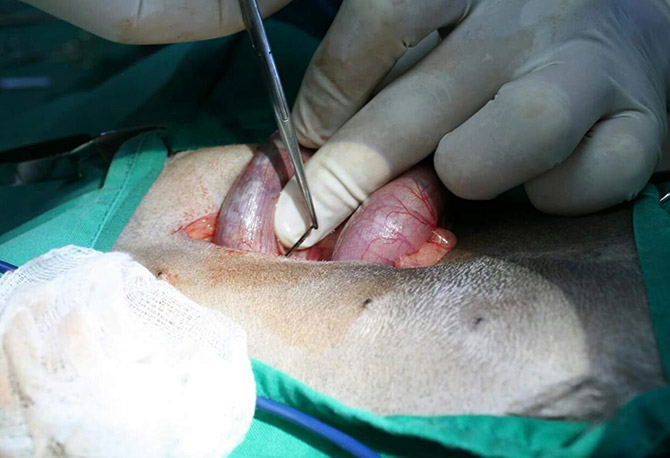 What does it mean?

The terms sterilisation, castration, spaying or neutering all refer to a surgical procedure during which the uterus and ovaries of a female animal and the testicles of a male animal are removed under anaesthesia.

We are well aware of the trauma to both the owner and their pet once the day of sterilisation/castration arrives and would very much like to put your mind at ease. The procedure is done under anaesthesia which means the animal will be sleeping and unaware. Very good painkillers and anti-inflammatories are given prior to the surgery which will control the pain once the anaesthetic agents wear off, leaving him/her (hopefully) wagging their tails when leaving the practice.

After 6 months of age.

Benefits of sterilizing your FEMALE dog/cat:

Benefits of sterilizing your MALE dog/cat:

In Memory of Dozer

In Memory of Becky

In Memory of Mia

We miss you so much baby girl.

In Memory of Charmaine